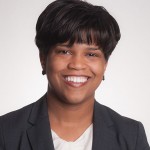 Representatives in the Georgia House are considering a proposal to start “suspicion-based” drug testing for people who receive public assistance.  If  House Bill 772 becomes law, applicants for benefits from the Supplemental Nutrition Assistance Program (SNAP), commonly known as food stamps, and Temporary Assistance for Needy Families (TANF) cash assistance could be required to take a drug test at their expense for doing something as “suspicious” as missing an appointment.

This bill should die before it makes it out of the House because it wastes taxpayer resources, picks on the poor for no good reason and presents a significant cost burden for low-income families.

This bill is already frittering away taxpayer resources because legislators and their assistants are spending working hours debating proposals likely to violate federal law.  The federal government does not allow states to use drug testing as a condition for people to apply for SNAP benefits, except in the cases of drug felons and people who are already tested through other programs like TANF.  This bill does not meet that standard. Rep. Greg Morris, the bill’s sponsor, is no doubt aware of this legal roadblock and is pressing ahead anyway, diverting attention from viable proposals in the process.

The bill is apparently based on the false notion that recipients of food stamps or TANF cash assistance are more likely to use drugs than the general public.  Florida, Oklahoma, and Utah recently implemented drug testing for TANF applicants and found the rate of illegal drug use among them is lower than for the general population.

Legislators supporting the Georgia bill argue it will prevent taxpayer dollars from supporting illicit drug abuse.  If that’s the problem they aim to fix, shouldn’t the bill propose to drug test any Georgian who receives a public benefit? Many Georgians receive state benefits through the HOPE Scholarship program. Can we expect a requirement for would-be HOPE scholars to send in proof of drug-free test results with their applications?

I wouldn’t hold my breath for that one. Which leaves one conclusion – this bill picks on the poor just because they are poor.

Deciding which poor Georgians to drug test is left to caseworkers, who will react to a client’s demeanor, log missed appointments, or document previous employment in an occupation that requires drug testing.  No provision for caseworker training to spot symptoms of drug abuse is included in the bill. This eye test detection method can’t be as reliable as the standardized evaluation questions used by other states.

What’s worse, the law would impose a significant cost to low-income families. The bill calls for low-income families receiving food stamps and TANF to pay an uncapped amount for drug testing. Only families on Medicaid will have costs capped at $17.  Urine drug tests costs range from $25 to $150 each, so this bill presents a significant expense for families who already struggle to put food on the table.  The bill doesn’t appear to provide for reimbursement for people who pass the drug test they pay for, so apparently they lose the money due to unfounded suspicion. A $25 test expense is equivalent to the SNAP benefit for more than 16 individual meals. Money spent on drug testing could be used to buy a work uniform, pay a child’s medical bill or pay for transportation to a job interview.

The 800,000 Georgia families receiving food stamps and the 17,000 receiving TANF assistance have a hard enough time getting by each day without getting kicked while they’re down. Wouldn’t it be great if Georgia’s policymakers instead spent their time creating opportunities for poor people to improve their financial situation?