The Georgia Department of Corrections (GDC) budget for 2021 is $1.1 billion. The department oversees all aspects of the state’s prison system, including contracts carried out by private prisons. Corrections officers make up most of the department’s workforce.

When the reforms began in 2012, the state’s prison population was 54,895. By 2015, the population had only decreased to 53,870. As of 2019, it had risen to 55,047. Notably, the prison population has seen substantial declines in 2020 that can be partially credited to measures that have been taken in response to COVID-19. With the increase in early releases and decline in crime and arrest rates since the pandemic started, the prison population as of July 1, 2020 was 51,219. Although the department’s budget has grown over the last few years, the state’s revenue shortfalls resulted in mandated cuts that decreased the GDC budget by seven percent, or $82.9 million, for FY 2021. 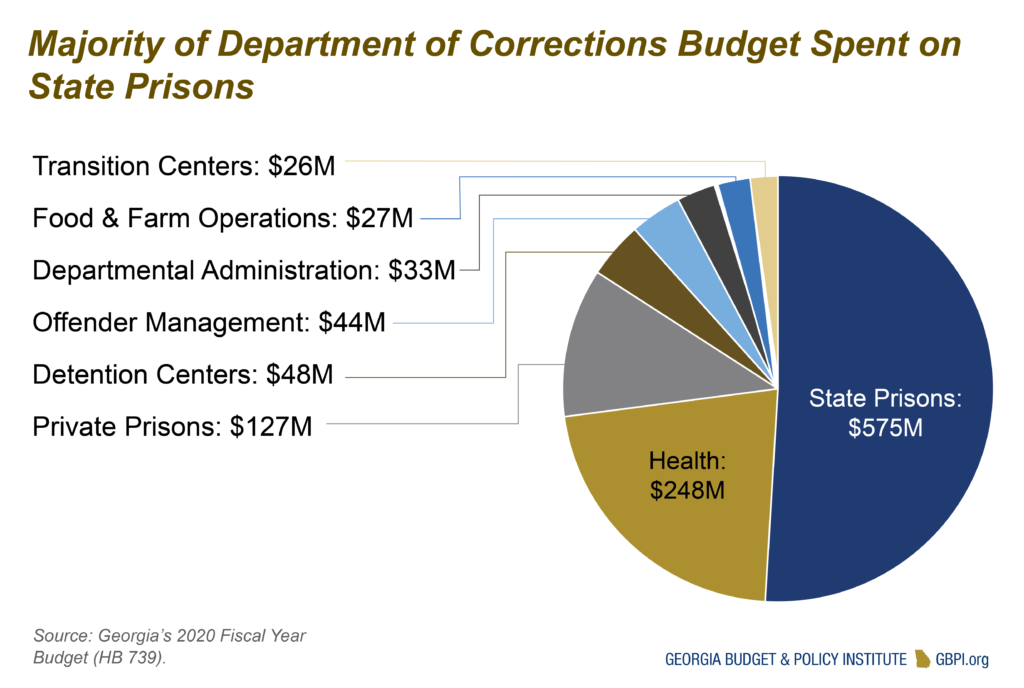 The Cost of Correctional Control on the Rise

Correctional control, as defined by the Prison Policy Initiative, includes individuals who are in State Prison, Federal Prison, Local Jail, Youth Confinement, Involuntary Commitment, Indian Country Jail or are under probation or parole. The Department of Community Supervision (DCS) reports that one in 13 adults are on felony probation in Georgia.

The 2021 budget allocates $166 million to DCS. The state created this agency in 2015 to take over major re-entry initiatives and oversee the state’s probationers, sentenced to court-imposed community supervision in lieu of incarceration. Probation, now referred to in the budget as Field Services, accounts for almost 92 percent ($152 million) of the DCS budget. The state’s probation budget has nearly doubled since 2012.

In 2019, DCS supervised over 265,816 people. For every 100,000 Georgians, 3,943 of those are on probation. This is double the rate in Texas and four times the rate in North Carolina, making Georgia the No. 1 state in the nation for the number of individuals under community supervision. 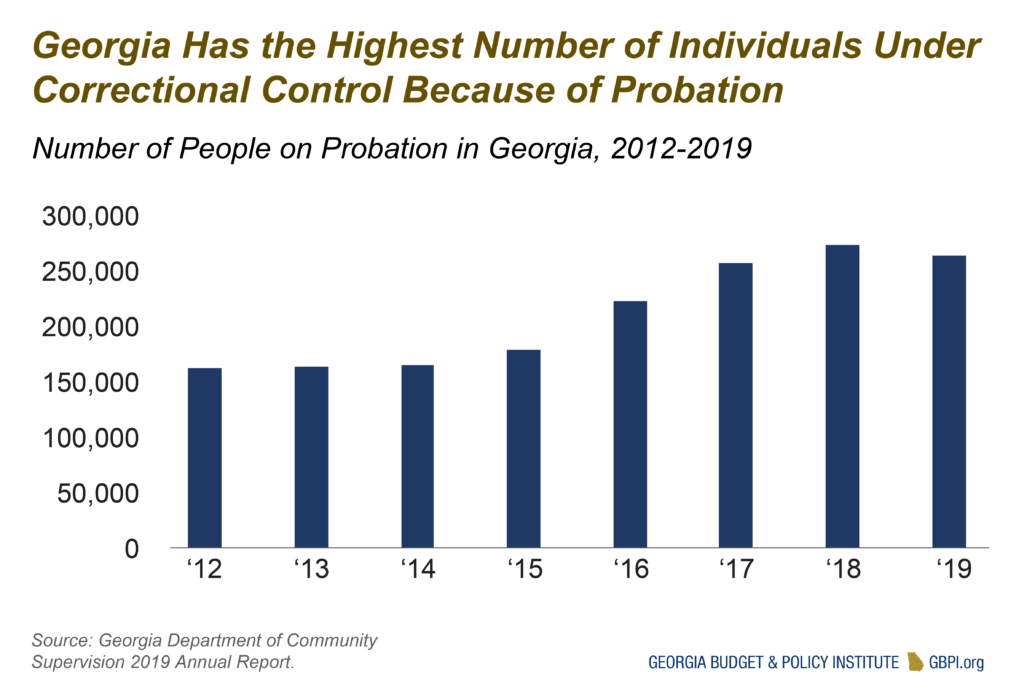