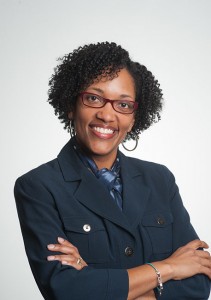 The welcome news is state tax revenues are up about 9.4 percent during the first three months of the 2016 fiscal year that started July 1. Georgia’s year-to-date collections total $5.13 billion, up $438.7 million, compared to $4.69 billion last year.

When Gov. Nathan Deal unveils his new state budget plan in January, he might propose using the increased revenue growth to improve public schools, strengthen the health care delivery system or continue to rebuild the state’s rainy day reserves from its recession era plunge. But even nearly 10 percent revenue growth can’t keep pace with the needs of our 21st century Georgia, with more than 10 million people to serve.

First, let’s take a walk through the numbers announced this week by the Georgia Department of Revenue.

Part of the surge in collections this quarter factors in the implementation of House Bill 170, the nearly $1 billion transportation revenue package passed during the 2015 legislative session. The new law incorporates a new motor fuel tax structure, along with other changes in taxes and fees to support Georgia’s transportation network. In September alone, revenue collections of $1.97 billion reflect an $83.4 million increase over September 2014. New transportation revenue amounts to $74.3 million and once that’s factored the total is up 8.7 percent, compared to September last year.

If these positive revenue trends continue, the governor and state lawmakers will face choices that proved elusive during the leanest years of the 2007-2009 recession and long after. Georgia will likely drive a short-term surplus with ongoing healthy revenues. The governor could use this surplus to increase the state’s rainy day fund, his stated priority. Preparing for economic downturn and ensuring money is in the bank is good fiscal management.

Competing priorities include covering the cost of enrollment growth in K-12 and higher education, making a dent in the ongoing $466 million austerity cut to state funding for public schools or implementing any additional reforms in criminal justice and child welfare that have been part of the governor’s policy agenda. And Georgia has non-negotiable claims on some of the new revenue so the state can meet behavioral health settlement mandates, employee retirement and existing debt obligations.

It is said a government’s budget is a moral document, a reflection of the values of its people. What values will Georgia embrace in its new spending plan?

For the last few weeks, I’ve reflected on some of the prominent challenges facing Georgia and ways leaders can implement real policy interventions and funding priorities that create a landscape for economic growth and opportunity.  We can’t wax poetic about improving outcomes in our state without recognizing the critical link between the tax revenue we collect, or we don’t collect, and ways our leaders invest it.

The Georgia Budget and Policy Institute team is committed to spotlighting that link at every opportunity. This week we pressed the case against a proposal to shift Georgia away from its balanced tax system to one more reliant on sales taxes. Next week we’ll publish our own alternative to tax reform, with concrete steps Georgia can take to cut taxes for lower wage workers and provide an easier path for them to join the middle class.

It is a plan that can transform Georgia into a better place for all of us.