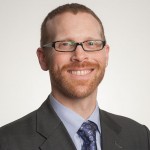 Amidst the debate in the Georgia House over House Bill 990 this week, a representative questioned if new Medicaid expansion-related revenue from Georgia’s insurance premium tax can accurately be projected to offset the cost of enrolling more low-income people.

I would like to tackle that question in this blog. This requires explaining some of the complicated interplay between state premium taxes on insurers, state and federal Medicaid funding and a bit of recent Georgia history, so please bear with me. At the end of the blog, I think even someone new to the topic should understand how it’s fair to use a 2012 forecast by the Governor’s Office of Planning and Budget to show Medicaid expansion generates $750 million over a decade in new tax revenue from insurer premiums.

What is the insurance premium tax?

How is this related to Medicaid?

Georgia began using private insurance companies to administer a portion of the Medicaid and PeachCare programs in 2006, a change from the state’s past practice of directly paying providers.  These are called Care Management Organizations, or CMOs. The state pays the insurers monthly premiums, officially called capitation payments, for each person enrolled in their plan, and the CMOs are responsible for paying the doctors, hospitals, nurses, and other health care providers when they deliver care to Medicaid patients.

The General Assembly overwhelmingly passed House Bill 1170 in 2010 to remove a tax exemption for Medicaid insurers and to start charging an insurance premium tax on the Medicaid CMOs to generate new state revenue by leveraging federal money. Monthly premiums Georgia pays to the CMOs increased by an amount equal to the new tax levy, so the CMOs weren’t out any state money due to the lost exemption.

Because federal money pays for about two-thirds of the cost of Medicaid in Georgia, the increased monthly payments to the CMOs to offset the premium tax includes both state and federal funds. The combined funds are then collected by Georgia’s Office of the Insurance Commissioner, who deposits the money in the state’s general fund.

To sum up: Before 2010, Georgia didn’t collect a premium tax from Medicaid insurers. When the state did away with a tax exemption and began collecting a premium tax, lawmakers made sure to cover the increased costs to insurers with state money, which levied an additional federal Medicaid contribution. The additional state and federal funds allow the insurers to pay the insurance premium tax on their Medicaid premiums without negative consequences for Medicaid patients or the providers who serve them. The total pool of state and federal money sent to the CMOs boosts insurance premium tax revenues and flow back into the state’s general fund.

How does expansion affect this arrangement?

If Georgia expands Medicaid, this cycle of sending federal and state tax money through insurers to cover premium taxes collected in the end will get a significant boost. Since federal money pays for 100 percent of the coverage costs associated with expansion for the first three years and not less than 90 percent of the costs in the long term, the benefit is even greater than under the current program. Georgia now gets roughly a 2-to-1 return on its investment to ensure the CMOs can pay the premium taxes they owe without passing on the costs.  Under Medicaid expansion, Georgia can expect a return on its investment of no less than 9-to-1.

Medicaid expansion projects to create $750 million in new state revenue over a decade through the premium tax, according to a 2012 analysis by the Governor’s Office of Planning and Budget. Because the per-enrollee costs associated with expansion are based on rates Georgia currently pays to the CMOs for individuals already eligible for Medicaid, the up-front costs to ensure the CMOs are able to pay the fee are already built into the expansion-specific spending estimates. Even though the $750 million in projected new revenue represents a gross amount, up-front state spending is already incorporated in the state’s costs estimates. Therefore, the entire gross revenue figure can be counted against the new spending associated with the expansion to calculate the net cost of expansion.