Matt Hiltman lowered his shoulder as his horse galloped down the windswept field, kicking up clods of earth in its wake. His steel armor gleamed in the bright sun, and the audience on the sidelines roared with anticipation. Two horses and two riders fast approached each other on a collision course. The crowd fell silent as wood crumpled into metal with a loud crunch, and Matt’s lance struck true. The opponent careened off his horse and tumbled to the ground. Cheers burst out across the tournament field. Another victory for a professional jouster.

A lifelong Georgian, Matt is a world-class, full-contact jouster who competed in the sport for five years while also pursuing studies at Georgia State University. “If I had to describe myself, I would say that I’m an adrenaline junky,” said Matt. Beyond scuba diving, hang gliding and other high-octane activities, Matt’s thirst for adventure also inspired him to study diverse fields at college, including geology, chemistry, biology and history. He graduated magna cum laude from Georgia State University with a major in philosophy and minor in psychology, looking forward to a career in law or another field where he could serve the greater good.

“I’ve spent a lot of my life and a lot of time thinking about how I can best help the world,” Matt said, “And I’ve got some ideas that I’d like to share.”

The future was brimming with opportunity when Matt’s life hit an unexpected obstacle. At age 29, Matt was hospitalized due to mental illness. “He had an episode of psychosis, and it became obvious at that point that he had bipolar I,” said his mother, Dianne. In Matt’s words, “It was a major shake to my foundation … to discover that my brain is a tool that can be corrupted.”

Bipolar disorder is a mental illness that causes intense shifts in a person’s mood, energy and ability to think clearly, according to the National Alliance on Mental Illness. People with bipolar disorder experience debilitating mood swings, known as mania and depression. About 4.4 percent of adults in the United States experience the disorder at some point in their lives, which generally starts showing symptoms when people reach their mid-20s.

Many treatments can help people living with bipolar disorder, including medications, therapy and lifestyle adjustments. People can lead successful lives after finding the right care regimen and combination of treatments, but that usually requires extensive trial and error. Doctors still have a limited understanding of how the brain works and how best to treat mental illness.

Once I’m healthy, I’ll be able to get out there and help people.
-Matt Hiltman

For Matt, health insurance has been a major barrier to finding the effective treatments that would allow him to begin recovery. Bipolar disorder caused him to lose his job and his health insurance. Untreated, the symptoms make it nearly impossible to work a full-time position with benefits. Matt doesn’t earn enough money to receive subsidies for individual health insurance, so he can’t afford coverage from the private marketplace. He also doesn’t qualify for Georgia’s current Medicaid program.

Watch Matt share his story in his own words.

“He can’t work ‘til his treatment is better,” said Dianne.

While Matt and his family have struggled to access treatment, Georgia lawmakers have repeatedly rejected a policy that would provide affordable health coverage to Matt and almost half a million Georgians: Medicaid expansion. About 25 percent of uninsured Georgians who would qualify for coverage through Medicaid expansion suffer from mental illness or substance use disorder.

“He’s not afraid to work hard,” says Dianne. “He’s not unwilling. He just can’t right now. And there’s not anything we can do.”

A new wave of state leaders will have a fresh opportunity in 2019 to tackle Georgia’s growing health crisis and draw down federal funds to broaden health coverage. By allowing Georgians like Matt to access and afford needed medical services, lawmakers can help thousands statewide to get healthy and stay healthy. The policy is popular with the public as well, with more than 70 percent of Georgians supportive of Medicaid expansion according to recent polls.

He’s not afraid to work hard. He’s not unwilling. He just can’t right now. And there’s not anything we can do.
-Dianne Hiltman

For Matt, the idea of getting healthy brings him back to his dream of helping others. “Really it just comes down to . . . you know, once I’m healthy, I’ll be able to get out there and help people.”

Before he’s able to help others, Matt will need to find the right combination of tools to treat his mental illness. He and his family continue to pursue every possible lead, including out-of-state research studies and charity care. But without health insurance, Matt’s recovery appears stuck, and a promising future seems just beyond his reach. In the past, Matt’s hard work helped him succeed in the classroom and in the saddle. Now, his future success rests in the hands of the 236 men and women of Georgia’s General Assembly. 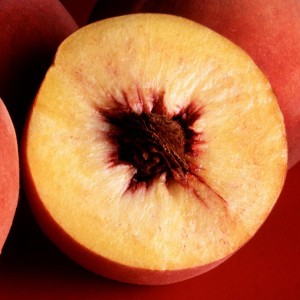