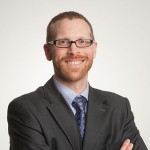 The Atlanta Journal-Constitution’s Misty Williams just got a well-deserved laurel from the Columbia Journalism Review for her exemplary two-part series that clearly explains the tremendous downside to Georgia’s choice not to expand Medicaid.

The second installment of the series last Sunday took a detailed look at the policy choice Georgia is making by not taking action, noting that the state lacks a plan to provide health care access to more than 500,000 uninsured people.

The journalism trade magazine singled the newspaper’s front page stories out for national praise because Medicaid expansion in states that opt out is often a politically-charged subject and more difficult to report on than vocal people who complain about glitches in the health insurance marketplace’s website. The AJC’s articles go a long way to get past the noise of the daily Medicaid debate and dig into the issues.

Some of the opinions expressed by expansion opponents in the article sounded more like attempts at misdirection than a sincere attempt to make a case. Gov. Nathan Deal, for example, expressed hope that the president and congress would act to remedy, “the problem they created.” Georgia lacked a plan to provide health care to hundreds of thousands of its people long before congress passed the Affordable Care Act. The state’s long-standing solution, to channel the working poor through emergency rooms for treatment, is not a cogent plan.

Opponents continue to overstate new state spending in the AJC’s series, while they ignore new revenue that will offset new spending. For instance, revenue forecast in official state estimates and in a study by Dr. William Custer – a leading health care economist at Georgia State University – will offset more than 80 percent of new state spending for the expansion over the coming decade. This revenue reduces the state budget impact to about $35 million per year over the next decade, or less than two-tenths of a percent of projected state spending in 2015.

Expansion opponents continue to create dramatic estimates of higher state costs caused by the federal health law, even in absence of the expansion. Then they conveniently don’t acknowledge underlying reasons. One worn-out tactic is to inflate costs related to projected enrollment increases of children already eligible for Medicaid or PeachCare. It is true Georgia is home to more than 200,000 uninsured children who may already be eligible for either Medicaid or PeachCare. Publicity about the program could result in more of them getting covered. Getting more children access to health coverage should be counted as a GOOD THING. Georgia is the state with the fourth largest number of uninsured children.

The value of Medicaid expansion grows more compelling under close scrutiny. More than 500,000 uninsured adults could get health coverage if Georgia expands eligibility, while the new state costs amount to a tiny fraction of the state budget.

Georgia’s health care system could get a huge boost from more than $3 billion annually from the feds, which in turn benefits the state’s economy as a whole. The case for Medicaid is so clear that opponents are left to claim in news stories they are very concerned the federal government will default on its share of Medicaid funding. It hasn’t happened in a half century history of the program and there’s no reason to think that will change.

Medicaid expansion is the best option the state has to address a variety of health policy issues. Given the dearth of alternative ideas offered up in the 2014 legislative session by expansion opponents, it may very well be the only way Georgia can.