Governor Brian Kemp proposed a 2020 budget of $2.96 billion in state general funds for the Department of Community Health. This increase of $181.5 million from the 2019 fiscal year, mostly offsets a decrease in the federal matching rate for Medicaid and accounts for growth in Medicaid expenses. Federal funding for the agency is $7.9 billion in the 2020 fiscal year that begins July 1, 2019. The budget also proposes $610.2 million in federal money, a nearly $20 million increase from last year. The proposed state budget also allots a total of $619.7 million from a tobacco industry legal settlement, for nursing home provider fees and hospital provider fees. The budget includes another $3.74 billion from the State Health Benefit Plan , which manages health insurance coverage for state employees, retirees and their dependents.

The majority of the agency’s budget is spent on Medicaid and PeachCare, Georgia’s name for the Children’s Health Insurance Program. These two programs provide more than 2 million Georgians with the ability to see a doctor. Medicaid pays for critical health services including about three-quarters of all nursing home care and half of all births in the state. Ninety-five percent of state funds and 92 percent of federal funds in the proposed 2020 department budget are allocated to Medicaid and PeachCare. The governor’s proposed 2020 budget includes adjustments for projected baseline expenditure growth, an increase to offset a decline in the federal matching rate and updates to the department’s systems for reimbursement and information technology. Compared to last year’s budget, these changes include:

The agency’s administrative budget includes $1 million in state funds and $1 million federal funds to hire an external consultant to review Medicaid waiver options and prepare recommendations to present to the Governor. Medicaid waivers allow states to become exempt from certain federal requirements under Medicaid and implement different ways of administering their programs. These waiver options have been available to states since the creation of the Medicaid program in 1965.

There are three main types of Medicaid waivers named after the section number in which they appear in the Social Security Act: 1915(b) waivers, 1915(c) waivers and 1115 waivers. A 1915(b) waiver allows states to require some or all Medicaid enrollees to participate in managed care. A 1915(c) waiver allows states to provide home and community-based services to a limited number of enrollees who need services and supports in their community, rather than in an institutional setting. Georgia has five 1915(c) waiver programs that provide services for the elderly, people with disabilities, and children with complex medical conditions. An 1115 waiver is the broadest type of Medicaid waiver that allows states to set up demonstration projects and make changes to provisions such as who is eligible, what benefits are provided and how much enrollees have to pay for premiums and copayments. Georgia has an 1115 waiver called Planning for Healthy Babies that allowed the state to expand income eligibility specifically for women who qualify for family planning services.

In recent years, states have taken more interest in using 1115 waivers as a way to expand Medicaid eligibility and receive the higher federal matching rate, without taking up a traditional Medicaid expansion. West Virginia[1] and Montana[2] took promising new approaches such as expanding the scope of substance abuse treatment available to enrollees and establishing an individualized workforce promotion program targeted to new Medicaid enrollees. But some states included restrictions that resulted in many people losing coverage, such as: charging premiums and copayments to people below the poverty line, requiring people to report work activity hours and setting up penalties such a locking people out of coverage for months. These provisions would impede the goal of reducing the high rate of uninsured Georgians and ensuring that rural hospitals are paid for more of the services they are providing.

Georgia is now one of 14 states that has not expanded Medicaid eligibility under the Affordable Care Act to receive new federal money to cover more low-income residents. The federal matching rate available under Medicaid expansion is 93 percent in 2019 and 90 percent starting in 2020 and each year beyond that. In fiscal year 2020, the state would spend a net amount of up to $150 million to expand Medicaid eligibility and receive about $3 billion in federal dollars in return to cover 500,000 people and pay health care providers.[3] The $1 million to study Medicaid waiver options is a step forward to crafting a Georgia plan to get more people insured.

The State Health Benefit Plan offers health insurance to about 665,000 of Georgia’s active and retired state employees, teachers and other public school employees. Employee and employer contributions pay for the program.

The 2020 budget estimates the plan will spend $3.74 billion, an increase of $94 million from the 2019 budget. The majority of this 2.6 percent increase is $244.6 million to reflect changes in membership and use since the last projection. Some of this is offset by other changes, including:

The $399.6 million in the Indigent Care Trust Fund is the same as the 2019 budget signed by the governor last spring. The amended 2019 proposal increases the fund by $18.8 million using state general funds. This new money would be used to provide the state match for federal disproportionate share hospital payments for private hospitals. The Indigent Care Trust Fund is used to support rural and other health care providers that serve people who do not have health insurance and are not eligible for other health coverage.

The budget also contains administratively attached agencies including the Georgia Board for Physician Workforce, Georgia Composite Medical Board and Georgia Drug and Narcotics Agency. Spending for these agencies totals $79 million, an increase of $3 million from 2019.

New in the proposed budget is $2.3 million to add 112 residency slots in primary care medicine. Georgia produces more medical school graduates than the state has residency slots, making it difficult for the state to retain health care workers to practice in Georgia.[4]  The state added 122 primary care medicine slots last year and 126 slots the year before. The budget also adds $500,000 to the loan repayment program for advanced practice registered nurses, dentists, physician assistants and physicians practicing in rural areas. The addition of more residency slots and more loan repayment awards will continue to help strengthen the state’s health care workforce.

It’s Not Too Late: Georgia Families Can Still Get Their Checks

Note: This piece has been updated to reflect an extended deadline to use Code for

Over the last twenty years of public school funding in Georgia, the General Assembly has

Last month, GBPI joined more than 20 Georgia organizations in sending a letter to the

It’s Not Too Late: Georgia Families Can Still Get Their Checks 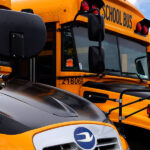