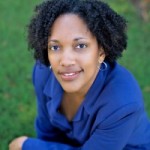 If Georgia is going to grow jobs and stabilize the state’s economy, then it’s time for us to make investing in education our fundamental priority. Georgia’s future depends on its ability to attract employers, create jobs, and grow the economy, and a key ingredient to this is a highly skilled and educated workforce. Over the past decade, state investment in public education declined significantly, undermining our ability to create and nurture the next generation of workers.

I recently spoke with WABE 90.1 FM Reporter Rose Scott recently about GBPI’s report: Survey Says: Trouble for Schools, which found that the state’s lack of support for education is diminishing learning opportunities for Georgia students by forcing school districts to shorten the school year, increase class size, reduce the number of teachers, and cut teacher pay.

GBPI surveyed Georgia’s school districts on the impact of state funding cuts, and the 150 districts that responded educate more than 92 percent of the students in Georgia public schools.

Excerpts from part 1 of the interview | Listen to full interview:

State funds to Georgia school districts have been in decline longer than the country’s most recent recession.

As Georgia creates the great ambitious goals of graduating more students on time and elevating the academic rank of our students, we have some serious challenges to meet those goals if we continue this course of budget cuts.

Excerpts from part 2 of the interview | Listen to full interview:

For ten years the education system has been cut through austerity measures. That equates to 5.6 billion state dollars that Georgia K-12 public schools have missed since 2003. And that’s added to the fact many are already dealing with shrinking local property tax revenue.

Rural school systems are especially hard hit. The tax digest was so much less when you looked at their ability to accommodate the loss in state revenue whether that was being able to raise the millage rate or raise local revenue from other sources.