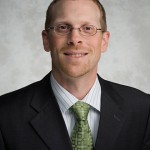 The U.S. Supreme Court’s ruling that the Affordable Care Act is constitutional is a major victory for efforts to improve access to affordable health care in our country.

But the work is not done. Now it’s time for the state to act so Georgians can take advantage of new health care options.

First, Georgia should prepare to move forward with the Medicaid expansion that will bring billions in federal funds to the state while covering some of Georgia’s most vulnerable residents. Under this coverage expansion, Georgia could cover more than 500,000 low-income Georgians who are currently uninsured with minimal new state funds beginning in January 2014.

Furthermore, Georgia will greatly benefit if the state creates a a more efficient enrollment process with fewer administrative barriers for eligible Georgia families; and takes the newly eligible population into account as part of ongoing state efforts to “redesign” the Medicaid program which includes making sure needed services are available for newly covered Georgians.

Under the Medicaid expansion, Georgians with annual income up to 138 percent of the federal poverty level (about $15,400 for an individual or $26,300 for a family of three) would be newly eligible for the program. Nearly half of Georgians who lack health insurance come from families making less than that income.

Next, it’s critical that lawmakers resume work to create a Georgia-based health insurance exchange to help individuals and small businesses shop for and compare private health insurance options. Since many low- and moderate-income families will still find private insurance unaffordable, the health reform law provides federal tax credits to families with income between 138 and 400 percent of the federal poverty level. Nearly 40 percent of Georgians who lack health insurance come from families whose incomes qualify for these tax credits.

Unfortunately, Georgia hasn’t made much progress in creating the state’s health insurance exchange. While other states have made significant strides in setting up the marketplace, Georgia’s lawmakers refused to act on even the modest recommendations made by an advisory committee appointed by Governor Deal. If Georgia fails to make significant progress soon, Georgians who qualify for the federal tax credits will have to use a federally run marketplace instead of one tailored to meet Georgia’s specific needs. In the long run, Georgians would be best served by a Georgia-based health insurance exchange and by state leadership that that recognizes the need to make health care affordable and protect consumers — so it’s time for lawmakers to get to work creating our own exchange.

If done properly, these two aspects of the health reform law will go a long way to reduce the number of people in our state who lack health coverage. Nearly 86 percent of Georgians without health insurance come from families who would quality for either the Medicaid expansion or tax credits to help purchase private insurance.

The passing of the new law is an enormous opportunity for Georgia’s leaders to make health coverage more accessible for Georgia’s nearly 2 million residents without health insurance.