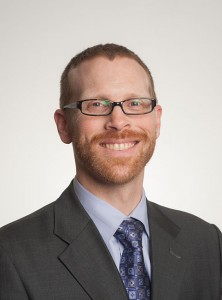 The Georgia House of Representatives today proposed increased benefits for state retirees and expanding raises to public school support workers as it put its own touches on the governor’s proposed $23.7 billion budget for 2017. State senators get a chance as soon as next week to insert their chamber’s priorities, as Georgia’s 2017 budget makes its way through the Legislature on a path back to the governor’s desk for final review.

New in the House version of the budget is $2.4 million for the state retirement system to pay for a one-time 3 percent increase in benefits for its members. The House budget also eliminates $2.3 million offered in the governor’s budget proposal to increase agency merit system assessments.

House members propose a variety of revisions to the Department of Education budget, including an addition of more than $500,000 to its spending plan. The proposal redirects $5 million from other budget areas to provide a 3 percent salary increase to employees in Agricultural Education, Technical and Career Education and the Regional Education Service Agencies, as well as food service workers, nurses and bus drivers. The House also proposes a $550,000 increase for Community in Schools, the Young Farmers program and the Positive Behavior Intervention System initiative. It decreases the governor’s spending plan by about $5 million for several programs, including the Special Needs Scholarship, the Department of Education’s Information Technology Services unit and residential treatment facilities.

Also new in the House budget is $7.8 million for the University System of Georgia. That includes about $1.5 million for new positions at the Agricultural Experiment Station, Cooperative Extension Service and the Marine Resources Extension Center. Georgia Military College receives an additional $2 million for student support services in the House plan. The state’s public library system, housed within the university system, gets $3.7 million for materials.

The House largely left intact the governor’s approach to the Pre-Kindergarten program, HOPE financial aid programs and the Technical College System of Georgia.

The House budget adds new funding to Georgia’s for health and human services agencies, including:

In the Department of Community Health, the House budget projects slower growth in Medicaid enrollees and uses the difference from the governor’s version to increase reimbursement rates paid to health care providers who serve those patients. These rate increases will benefit a wide variety of providers, as follows:

The Department of Human Services also gets $7.6 million more in its 2017 budget in the House plan passed today. About $4.3 million of that is for a 1.5 percent increase to payments made to foster families, relatives, group homes, and child placement agencies that care for Georgia children in state custody. This is just the second such rate increase in the last decade. The House proposes $1.5 million more to increase salaries for Special Assistant Attorney Generals in the Division of Family and Children Services. It adds $750,000 intended to help transition seniors from nursing homes to community services. And it increases support for Court Appointed Special Advocates for children in the Child Welfare system by $500,000.

The Department of Behavioral Health and Developmental Disabilities gets new funding for a “Home Again” pilot program in northeast Georgia to help people with intensive mental health needs. The Department of Public Health gets a boost for the “positive alternatives for pregnancy and parenting” grant program.

The House budget makers found money to increase investment in education, health care and human services by eliminating a $10 million increase in the governor’s budget for private businesses subsidies through the Department of Community Affairs’ Regional Economic Business Assistance Grants program. This reduction leaves $26 million in the program. The House budget also added $1 million to the Department of Economic Development to boost the agency’s efforts to market and promote Georgia tourism.

Next week, Senate leaders get their shot to leave their own imprint on the budget before House and Senate leaders gather to reconcile any differences near the end of the session. Without an increase in the revenue estimate, which must come from the governor, Senate leaders will be subject to the same funding constraints in the now-passed House budget.

Lawmakers must pass a budget before the session adjourns. The governor then has 40 days to weigh in one more time before he signs it.