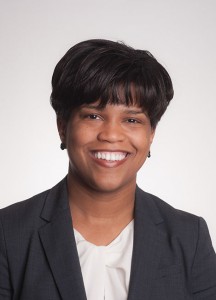 The evening news confronts us with the plight of Georgia’s most vulnerable people almost nightly, the fragile children, older adults and people living in poverty. The crafting of the state budget is one of few opportunities during the year for lawmakers to spell out concrete steps to protect and assist these Georgians.

This year, according to our new analysis of the 2017 Department of Human Services Budget, Gov. Nathan Deal’s spending plan adds substantial money for child welfare and other human services. Still, more is needed to bolster providers and workers as well as care for older Georgians.

Georgia’s proposed 2017 human services budget includes $51 million to address growth in foster care, which increased 47 percent from July 2013 to December 2015. More than 12,000 children lived in foster care at the outset of January 2016.

The new money is only enough to pay for increased capacity at current rates. Rates paid to foster families, child placing agencies and group homes could still prove inadequate to cover the cost of caring for children. A family that cares for a foster child younger than five is paid as little as $15 a day.

The governor’s goal is to reduce child welfare worker responsibilities to about 15 per cases per worker by 2017. Each child welfare case manager now handles about 20 cases.

Services for older Georgians get a boost in the 2017 spending plan as well.  The proposed budget adds $760,000 to hire 11 additional adult protective services workers and nearly $267,000 to support workers hired in 2015 and 2016. These workers are needed to investigate increased reports of abuse, neglect or exploitation.

The governor’s 2017 spending plan for the Department of Human Services marks a clear change in direction after years of cuts and public criticism of the agency’s ability to protect and assist Georgia’s most vulnerable children and families. Still, much more remains to be done to minimize threats to the most vulnerable among us.

Read our full report on the 2017 Department of Human Services Budget.