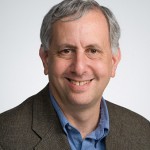 As published by the Atlanta Journal-Constitution

Here is an opinion piece from the Georgia Budget and Policy Institute’s executive director Alan Essig on Georgia’s fiscal crisis and the solutions that help move the state forward.

The numbers don’t add up for Georgia. They haven’t in years – and they won’t any time soon, unless the state takes a new path toward economic growth and job creation.

We need a change in course because today Georgia’s state government clings to a system built to fail. Experts call it a “structural deficit” — year after year, budget after budget, the money coming in from revenues isn’t enough to keep pace with increasing needs in education, healthcare, public safety, and other essential services.

And the way state leaders have chosen to deal with this crisis so far only makes it worse. It’s overwhelmingly a one-dimensional approach: cut, cut, and then cut some more.

Granted, telling people the problem is caused by overspending might have appeal for politicians who don’t want to ask anyone to pay more. But the disastrous flip side is that it also means abandoning the very investments that make Georgia a great place to live, raise a family, and start a business.

You don’t have to look far to see how this cuts-only approach is hurting our economic future. A state that once prided itself on having among the smallest class sizes in the nation now has larger classes and fewer school days. This is not the way to prepare our kids to compete in the global economy.

College tuition is way up, and a lot of young men and women without money are barred from higher education. From fewer patrol officers on our highways to longer lines for driver’s licenses to burdening child protective service workers with more cases than they can reasonably handle, the impact of failing to face up to the structural deficit is felt across Georgia.

Governor Deal is calling on state agencies to make plans for more than $550 million in additional spending cuts over the next two years. That’s on top of more than $3 billion in cuts in services over the past four years.

But there comes a point where Georgians are right to question whether our state is – economically speaking – cutting off its nose to spite its face.

There’s a better way. The Governor and General Assembly need to take a balanced approach to the fiscal crisis – one that includes revenues instead of only cuts in spending.

We don’t have to look far for solutions. Recommendations the Special Council on Tax Reform made last year offer a good starting point for an honest, rational, long overdue discussion of the role tax policy can play in turning Georgia around.

Suggestions include increasing the cigarette tax, updating the sales tax to cover more services, and eliminating all economic development tax credits. In addition, state leaders could work with our congressional delegation for national legislation allowing states to collect sales taxes people owe on purchases made over the Internet.

The cuts-only strategy isn’t working. It’s time for comprehensive tax reform so Georgia can get back to building a future.