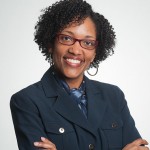 This week Starbucks gave me new appreciation for corporations that value employees and show it in meaningful ways.

Starbucks made headlines with its announcement that it will provide free college tuition for all its employees through a partnership with Arizona State University’s online program. To obtain financial support for a bachelor’s degree, employees don’t have to commit to stay on at Starbucks after graduation or be vested for a certain amount of time. If you are employed by Starbucks, your tuition will be reimbursed in part for the first two years of study, and fully covered for the final two years.

The Complete College America initiative along with many state leaders set goals to increase the number of college graduates by 2020 because 60% of future jobs will require some postsecondary education. To compete for those jobs, we must improve the skills of our workforce to meet the demands of the 21st century economy. Increasing access to postsecondary education is critical. Unfortunately, several barriers stand in the way, especially for people at the bottom of the income ladder.

College is priced out of the reach of many Americans. Georgia tuition costs spiked in recent years and just ranked as the 2nd highest tuition increase in the nation. Students graduate with an average of nearly $30,000 of debt in the U.S. and about $23,000 in Georgia. This reality is keeping many from experiencing real financial security and the ability to move up the economic ladder.

It appears Starbucks’ leadership, is motivated by the value it places on its people, their corporate mission and desire to solve a public policy problem that doesn’t just affect them, but affects our country and economy as a whole.

Starbucks demonstrates some core values I wish our public sector leaders shared. CEO Howard Shultz said in an interview the company “embraces humanity as a core competency.” Wow, you don’t hear a business leader say something like that often!

State leaders need to embrace policies to solve public policy problems and knock down barriers that hold Georgia back. Too many of us look upon “the least of these” with disdain.

GBPI’s recent report, “At the Bottom of Broken Ladder” says nearly 40 percent of all working families in Georgia are low-income and parents without postsecondary education head nearly half of Georgia’s low-income working families. It’s a report state policy makers should take time to read. Georgia workers need real solutions and a commitment to action, not empty rhetoric from state leaders.

“We as a company want to do something that has not been done before.” Shultz said. “That is, we want to create access to the American Dream, hope and opportunity for everybody.”

Boy, wouldn’t our world be different if every leader in the public and private sector believed the same.