Georgia’s tax rates do not cause residents to pull up stakes and leave for nearby states with lower income taxes. That may come as a surprise if you listen to claims by anti-tax activists and lawmakers, who routinely say workers and businesses are quick to jump across state lines in search of a lower tax bill. In fact, more residents of Florida, Tennessee and Texas moved into Georgia over the past two decades than moved in the other direction. This follows national trends of people relocating for new job opportunities or family-related reasons—not to save a bit on state income taxes.

Those are among the findings of a new report from the nonpartisan Center on Budget and Policy Priorities (CBPP) in Washington, D.C. The analysis takes a deep dive into data that the Internal Revenue Service has produced since 1993 to track the number of U.S. taxpayers who move between states each year.

It turns out that over the past two decades, footloose Americans were about as likely to switch from a low-tax state to a high-tax one as vice versa, sometimes even more likely. More residents relocated from no-income-tax Tennessee to income-taxing North Carolina over the past two decades than moved in the other direction, to cite on example. And while a few no-income-tax states were popular destinations for movers, comparable numbers of migrants sought new residence in states that tax income. The top five states for interstate movers since 1993 are Florida, Texas, Arizona, North Carolina and Georgia, three of which tax income and two of which don’t.

This finding is especially relevant to Georgia, where anti-tax activists routinely claim our 6 percent income tax rate prompts wealthy people and potential “job creators” to leave for places without income taxes, especially Florida and Tennessee. The fact is more taxpayers moved to Georgia from Florida since 1993 than the other way around. The same trend holds true for Tennessee and Texas, the other two Southeastern states that don’t tax personal income.  That means for every person leaving Georgia in search of lower income taxes, as the theory goes, we gained people in return moving here for other reasons.

These trends make sense when you think about the many reasons why people choose to move. New job opportunities, housing costs and being closer to family are the most common reasons for an interstate move, according to both expert research and explanations from the movers themselves. Of the seven economists who published peer-reviewed studies on the subject since 2000, six concluded that taxes were not a key consideration when people relocate to another state. When the U.S. Census Bureau recently asked people why they switched their state of residence, 55 percent answered either “new job or job transfer” or “other family reason.”

It’s true that some states with higher tax rates in the Northeast and industrial Midwest experienced a net loss of residents in recent decades, but that’s not attributable to state income tax rates. Americans have been moving to the Sunbelt for decades, including to states with personal income taxes. People mostly move here in search of more affordable housing, a warmer climate and new job openings in the region’s growing service sector.

The idea that state income taxes would cause Georgians to leave for Florida or Tennessee might make sense on an intuitive level, but closer examination reveals how it’s based on a handful of anecdotes rather than data-based facts. Relying on the falsehood as a guide for state tax policy is likely to do more harm than good. Slashing Georgia’s income taxes would do next to nothing to boost our state’s economy, but surely lead to big cuts in schools, hospitals and other ingredients of growth. Those public investments are essential incentives for Georgians to stay here and for newcomers to move here.

Provisions in the American Families Plan

Betting on our Future: Results from Pre-K Survey on Lottery Funding, Effects of COVID-19 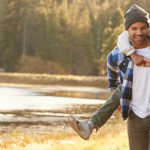 Provisions in the American Families Plan 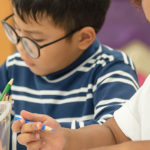 Betting on our Future: Results from Pre-K Survey on Lottery Funding, Effects of COVID-19