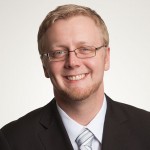 As published in the Atlanta Journal-Constitution April 29, 2015

Kills jobs. Bad for business. Hurts the economy. Minimum wage detractors have pushed those arguments for decades and they’re common parlance among some legislators and lobbyists. But those claims are no truer than they were 50 years ago and ignore the economic potential higher wages could unleash.

A modest minimum wage increase could deliver a booster shot to Georgia’s economy and help businesses large and small strengthen a foundation for long-term success. It’s a potential win-win-win for workers, businesses and overall economic growth. Small and stagnant paychecks are now the norm for far too many Georgians. A typical full-time worker in Georgia took home an estimated $32,220 in 2014, adjusted to today’s dollars. That’s a 12 percent drop from 2009. For a full-time worker in a low-wage job, the typical salary in 2014 was $20,300, down 10 percent from 2009. Both low- and mid-wage Georgia workers make less today in inflation-adjusted dollars than they did in 1997.

So it’s harder for Georgians to reach the middle class and stay there than it used to be. That’s a problem for all Georgians, not just the unlucky few at the bottom. When more and more Georgians are paid less and less, fewer customers can afford life’s necessities or the occasional night out. Georgia businesses struggle and the economy stalls as result.

A reasonable increase in the state’s minimum wage would help arrest the slide in wages and send a positive ripple effect through Georgia’s economy.

An increased minimum wage would put millions of dollars in the pockets of Georgia workers, who would spend that money in local shops and restaurants. It could help Georgia families invest in their future by going back to school or affording better quality child care. And it could boost employee productivity and loyalty, developing better workers and boosting company profits.

Most Georgians today are subject to the federal minimum wage of $7.25 an hour. If Georgia phased in a state minimum wage of $10.10 an hour over three years, nearly 1 million Georgians could get a raise, according to estimates provided by the nonpartisan Economic Policy Institute in Washington, D.C. About one in four Georgia women and one in five Georgia men would get a raise under that scenario. Nearly half of the people who could benefit are in families that make from $20,000 to $60,000 a year. A middle class life is within their reach.

It is clear Georgia families could benefit from such a plan. Many companies could see positive returns as well, perhaps contrary to conventional wisdom. Low- and mid-wage workers tend to pump additional income back into the local economy as they refill on bare necessities and throw in an occasional splurge. That means more paying customers spending more money.

Another plus for Georgia businesses?

Better pay translates into better workers. Higher wages make workers more productive, more loyal and better with customers. A saleswoman who can finally afford decent child care is more able to devote time to customer satisfaction. A cook whose paycheck can cover the cost of night classes is more likely to prepare a consistently high quality meal. A warehouse worker who can afford a car is more likely to arrive at the job on time.

This helps explain why companies like Gap, IKEA and Walmart are voluntarily raising worker pay above the federal minimum. “Our decision to invest in frontline employees will directly support our business, and is one that we expect to deliver a return many times over,” said former Gap CEO Glenn Murphy.

A higher minimum wage is good for the bottom line of individual businesses and for the economy. It leads to more paying customers, more productive workers and businesses built to compete. It’s a sound strategy to reverse the downward financial trajectory of Georgia families and to chart a better, stronger economic future for the state.